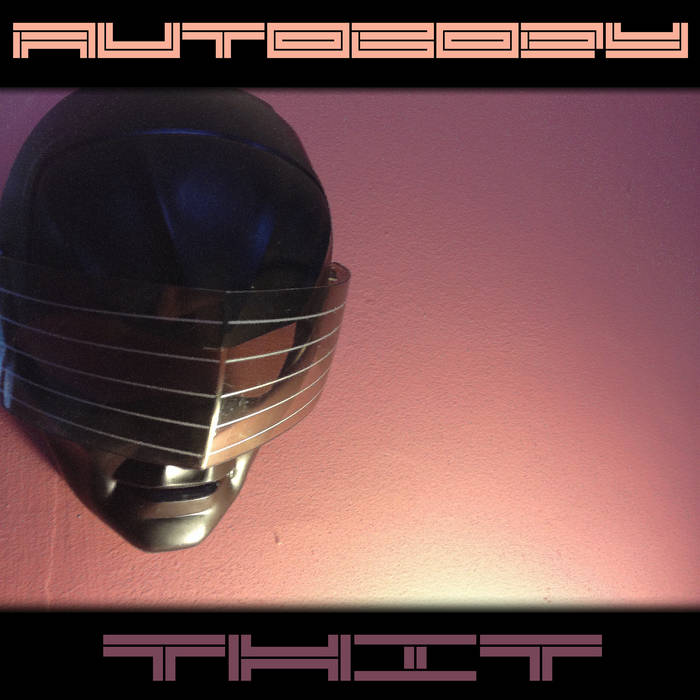 "Autobody" is a collection of cover songs, instrumentals, and short interludes paying homage to a variety of musical influences.
Songs are created from samples and from a MIDI controller.
No acoustic instrumentation was used, with the exception of voice, and an acoustic guitar on "Let's Do Something."
All songs constructed, manipulated, and edited by THIT.

"This is How I Did That" contains manipulated material from Montel Jordan.
"Man a Box" is by Alice in Chains.
"Against Moon" is a cover of "Something Against You" by the Pixies using elements of "Tahitian Moon" by Porno for Pyros.
"What then...LOVE? (The Mean Friend)" utilizes elements of the song "Rude" by Helmet, and audio from the actor Carrie Ann Moss from the film "Memento."
"Women's One-piece Bathing Suit" uses a lyrical line taken from a live performance of the song "Mistletoe" by The Jesus Lizard.
"Let's Do Something" is originally a song sung by Burt Reynolds in the film"Smokey and the Bandit 2."
"Meet Me at the Plaza" contains a drum beat from the song "Over It" by Bleeding Rainbow.
"Strange Fingers" uses parts from the song "Get Over Here" by the Jon Spencer Blues Explosion.
"Drib-Nin-Rom" is originally a song by Jolie Holland.
"Sounds that Charge the Wind" is a song by the Impossible Shapes, and this version utilizes parts from a song called "Marmoset" by a Steve Albini project from the late eighties that has an abrasive name.
"LegsLegsLegsLegsLegsLegsLegs" uses parts of "Fat Bottom Girls" by Queen.
"The Ending (Don't Give Up)" uses the ending of the song "Don't Give Up" by Peter Gabriel (ft. Kate Bush)

Bandcamp Daily  your guide to the world of Bandcamp